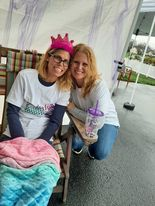 Being Holly’s Caregiver: My Life Caring for an ALSP Patient

As I learned through my personal experience with this disease, ALSP is a rare and extremely debilitating disease that has no cure and for which there is little ongoing research to develop treatments for patients. Prior to my engagement with the Foundation, I had no knowledge of this disease or its incredible impact on those afflicted with it and their families.

That all changed due to a chance meeting a year and a half ago when I met my neighbor Heidi’s sister, Holly. When I met her, Holly had been recently diagnosed with ALSP and was impacted by a series of progressive physical and neurological challenges that included loss of motor skills, extreme personality changes, loss of judgement and various psychological issues. Like other ALSP patients experience, Holly’s symptoms became so severe that she could no longer live independently and relied on a support network of family, friends, caregivers, and medical professionals. Once Holly had reached that point, where she could no longer care for herself, she and Heidi decided that it was in everyone’s best interest if she moved into Heidi’s home where she could receive the necessary attention and access to proper medical care.

In talking with Heidi it became clear to me that her commitment to care for her sister had begun to overwhelm her life, a life that included running the Foundation that had recently launched and was growing its membership and

support activities as well as taking care of her husband and son. Heidi needed a hand and I wanted to help.

Holly eventually moved out of Heidi’s home into her own house which was only a mile away from my home and also close to Heidi. Her family wanted Holly to have as much independence as possible, but also felt it was important for her to remain close to all of us in the event of an emergency. It was then that I offered to become a part-time caregiver for Holly. At first, I stayed a couple of nights, sleeping on the sofa, just in case anything would happen overnight. I immersed myself in Holly’s world of ALSP and began to see and understand that perspective more clearly. Gaining this knowledge would help me in caring for her and not only reacting to Holly’s needs, but in some cases actually anticipating what she required from me.

Because ALSP is unpredictable and progressive at the same time, it is impossible to anticipate when a patient may need assistance from a caregiver. Given her increasing needs, my status caring for Holly changed in early 2021 when I took on the caregiving role as a full-time job. In order to accommodate this schedule adjustment, I took a leave of absence from my position with the school district and made myself available five, sometimes seven, days a week. I would arrive at Holly’s home every Monday-Friday at 7am and leave in the early evening. As the disease progressed and affected Holly’s physical abilities, performing household chores became next to impossible for her as ALSP sapped her ability to walk and her overall dexterity.

Holly’s long-term memory was still in tack for the most part, however, she struggled with her short-term memory that seemed affected by ALSP. One of the

things that I noticed right away was the importance of establishing a routine with Holly that included regular activities that helped her establish an element of control in her daily life. She was able to retain information that we had on repetition. To help with her memory, we found it beneficial to write things down so Holly could understand and anticipate upcoming events and activities, which helped eliminate any surprises that she may find upsetting. Often within these writings, I would list a few things for Holly to choose from. Giving her options, within her capabilities, was one way to let her feel like she had a say in her world letting her know she still had a purpose but keeping her safe at the same time.

She needed help maintaining her home and at first, I did Holly’s laundry, cooked her meals, did some light cleaning, and made occasional trips to Dunkin Donuts with her. Our Dunkin trips quickly turned into a daily occurrence. The workers knew when we pulled up that we’d take a large hot caramel coffee and one glazed donut. Our days became very routine. Holly would be waiting at the door for me, usually already in her long red coat, and I couldn’t put my bag down before we had to head for that coffee and donut. Our days were filled with watching Hoda and Jenna, Kelly Clarkson, the news and then HGTV (always the same shows), taking regular walks, and running an occasional errand. As time went on, my time spent cleaning and cooking was diminished and we spent more time just “being together.” I think as the disease advanced, and her physical skills left her unable to do certain things she did in the past, Holly was content just sitting together on the couch.

On March 1st, 2021, we had a bit of a scare. When I arrived at her home that morning, Holly didn’t meet me at the front door as was her routine. We had a

Rare Disease Day party the night before, so I figured she was just tired. When I went inside, Holly came out of her room covered in something purple and with an odor following her. Overnight, Holly had become sick and either didn’t realize it or didn’t want anyone to know. Her room was splattered in bright purple. It was unclear whether she just got sick or if this was a result of a seizure. In my time as Holly’s caregiver, I had never witnessed her having a seizure, but that afternoon changed everything. It was mild and didn’t last long but it was the first of a series. Nothing grand, but scary none-the-less. She looked lost and I felt helpless. Holly ended up going to the hospital that day and a few days later returned home using a catheter and under hospice care.

Despite the new limitations in her life, we stuck to our daily routine which Holly needed at this stage in her disease. Holly became very agitated when she felt she made a mistake or things didn’t go the way she thought they should. As her caregiver, I had to anticipate what obstacles she may encounter so that she wouldn’t become frustrated. Furniture had to be rearranged, food had to be cut a certain way, and extra napkins were at her disposal to help offset any bumps in the road. ALSP patients covet a sense of normalcy and can show their frustration when things go wrong. I never wanted Holly to know that things were done differently because she was having issues. If she spilled, I conveniently did too. She could laugh at me or see that it was ok for accidents to happen. I always tried to be a step ahead of her thoughts and actions.

Holly never wanted her friends and family to see how the disease had changed her. ALSP caregivers are often given the privilege of knowing the patient in a way that others do not. My closeness to Holly and the amount of time we spent

together allowed me to not only understand and anticipate her needs, but, even more importantly, communicate that information to her family. You never know what patient experience might interest her medical team and affect her treatment. We continued our routine which included our daily walks, even when walking was difficult. Some days she couldn’t make it around the block, but she didn’t want her son to know she couldn’t make it home. So, I would run back to the house, grab the van and go pick her up. As time went on, her movements became more labored, and she was unable to speak.

But there was still life in Holly, and she lived each day to the fullest, experiencing adventures, and enjoying time with family and friends. Holly loved being outside either on her porch or by the firepit. When I first started working with Holly, I would bring my son along to her house. The three of us would go to the park on warm days, play Uno, and take trips to the grocery store. She just lit up when he walked in the room. I was always looking for day trips to get her out of the house and lessen the feeling of isolation. During our time together, we went to an ice festival, dressed up in green for a St. Patrick’s Day lunch, threw a big birthday bash for Holly and Heidi, hid Easter eggs for my youngest and Holly’s son, Mason, attended a Phillies baseball game, drove to the beach, and took her to watch her son graduate from high school. Her constant involvement in these activities brought a much-needed sense of normalcy to Holly’s life.

We lived each day. We had adventures. Her family and I weren’t going to let this disease stop her from enjoying each moment. Up until her last breath of life, we made it work. We made life work. Holly had a disease but was so much more than

the disease. Every day she was treated like the wonderful person that she had always been. 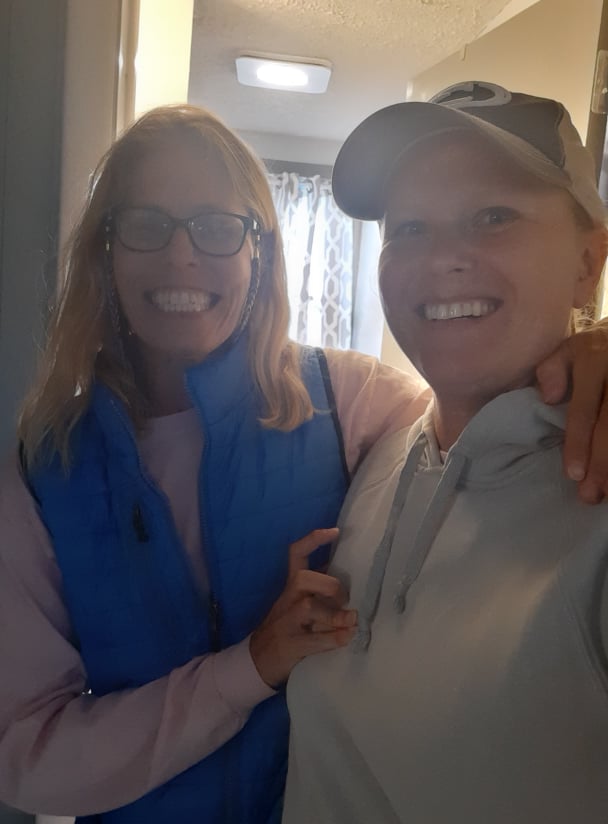