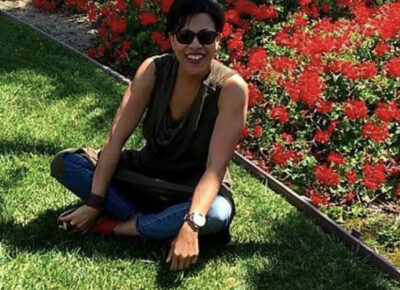 “In July, I had a genetics test done to see if I carry the CSF1R gene variant the same variant that has caused adult onset leukodystrophy with axonal spheroids and pigmented glia (ALSP), a rapidly neurodegenerative disorder, in my brother. My test came back positive for the gene variant.

1. We now know that this variant, which caused my brother’s health decline, was inherited. My mom tested negative in May of this year. The doctors are 99% certain my father, who passed away in 2016 (one month before his 80th birthday) of cardiovascular issues, carried the variant but had no symptoms.

2. In researching the CSF1R variant, I’ve learned that people in their 20s can identify symptoms, with most symptoms falling within the 33 – 48 age bracket. My brother was 43 when he discovered his first real symptoms. I’ll be 50 in December. That doesn’t mean symptoms won’t occur. This disease is far too rare to know what exactly will happen to me. However, I don’t have a single symptom. There’s a possibility that I’ll live my life with the variant and never have symptoms like my dad.

That’s the bad news. But there’s a lot of hope.

I’ve been in touch with a few amazing people over the last year, absorbing as much as I can about this variant/ALSP, on my brother’s behalf. Because of people like Heidi Brenneman Edwards, treatments are in the works, and clinical trials are in motion.

Heidi and her organization, Sisters’ Hope Foundation, put me in direct contact with researchers and physicians who specialize in ALSP.”