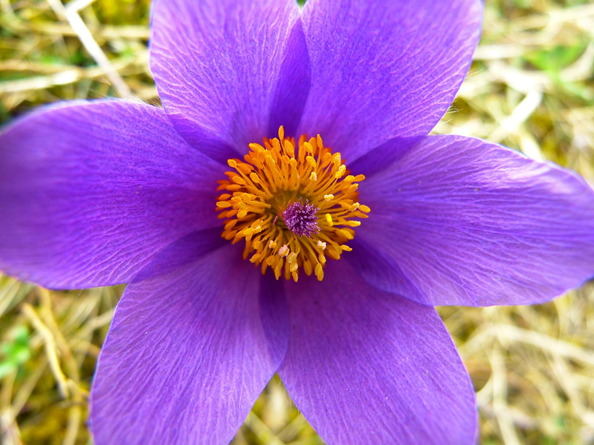 My story begins with my younger brother’s diagnosis of HDLS/ALSP when
he was 54. His most noticeable symptom was seizures. Family that lived nearby
eventually took him to the Mayo Clinic in Rochester, MN when other changes
became apparent. No diagnosis was given during that trip. A relative saw an
unopened letter on his kitchen table and questioned him about it. The relative
received permission from him to open it and learned of his diagnosis. Not long
after I learned of the letter’s contents. When I called my brother to visit with him
about the contents of the letter, he was very hazy as to what his diagnosis was.
That was when I started researching what HDLS/ALSP meant for my brother and
the rest of our family.

Four to five years ago there was very little information available about
HDLS/ALSP for patients and their families that was not research findings
phrased in medical terminology. What little I found gave me a sense of impending
doom. What an awful disease. Not only would it take your body, it would take
your mind. After onset, life expectancy on the average was seven years. No
treatment. No cure. No way to prevent it. Worse yet, it was autosomal dominant.
The children of a parent that had the mutated CSF1R gene had a 50/50 chance
of passing it on. Yikes!

I started reading research papers/findings. I learned more about the
disease. The more I read, the less Greek the terminology seemed. What at first
seemed incomprehensible became understandable. If I came across a term I
didn’t know, I looked it up. I came to the conclusion that if I had a difficult time
finding information, so would others in my family’s shoes.

Prior to my brother’s diagnosis, two of our first cousins had become
nursing home residents. Each entered a nursing home at 64 years of age for
differing reasons. Our cousin, who I will refer to as J, had the diagnosis of frontal
lobe dementia thought to have been caused by excessive exposure to pesticides.
Which made perfect sense as he was a farmer. It was after my brother’s
diagnosis that my cousin’s family began to wonder if J had HDLS/ALSP. They
made arrangements to have him tested. His blood test indicated that he too had
the mutated CSF1R gene. With J’s diagnosis it was now known that the disease
was being passed down the paternal side of our families. J’s dad and our dad
were brothers. J’s diagnosis also verified that my brother’s gene wasn’t a new
mutation.

Families cope with the news that there may be a genetic disease in the
family in various ways. When families live in a small, rural community it is
especially interesting. Some family members will openly discuss the disease.
With others it becomes a family secret. Not to be acknowledged or spoken of.
The grown children and grandchildren are not informed. Other family members
are kept in the dark. The disease does not exist. If the topic of the disease is
brought up….deny that the disease has affected you and yours. I get why this
happens. Family members who are young need not be traumatized. Nosy
neighbors and community members don’t need to know all your business. No
one wants to carry the stigma of a genetic disease. I saw it happen both ways
with my relatives. Some openly discussed the disease. Others denied that their
family member/s had HDLS/ALSP. Right or wrong, I chose to openly speak of
the mutated gene and of the disease associated with it. My adult children learned
early on that their uncle had a genetic disease and that I had a 50/50 chance of
also having the gene and the disease.

Finally, I asked my physician to make arrangements for me to be tested.
Initially, he was hesitant. It was not until I provided him with more specifics about
my brother’s diagnosis was he willing to refer me to a genetic counselor. A
disease as rare as ALSP means you become an educator when you meet with
your healthcare provider.

Interaction with a genetic counselor is interesting to say the least. I
definitely could tell that she was trying to determine if I could mentally cope with
the knowledge of knowing the test results if they came back positive. At the end
of our online virtual consultation she approved my being tested.

A test kit arrived at the medical clinic near me. Blood was drawn and sent
back to the lab where the kit was ordered from. It seems like it took months for
my results to arrive at the genetic counselor’s office. Our conversation was brief.

The result of the test was positive for the mutated CSF1R gene.

No matter how prepared you think you are prepared to hear the worst, the
worst still is a hard hit. I am going to be honest, I had hoped that the test result
would come back negative. I coped, but my coping was to make end of life plans.

I confided in J’s sister about my results. I told her that I intended to contact
Mayo in Rochester which is the hospital where my brother receives care. She
suggested Florida Mayo as she had read that it was the Mayo Clinic researching
the disease. I started searching and came up with the name of the neurologist
/researcher at the Florida Mayo who was researching HDLS/ALSP.
Between my cousin and I we made contact with Dr. Wszolek and his assistant.
My cousin helped her family make arrangements for her siblings’ brains to be
donated to Mayo. Yes, you heard correctly the term siblings. Around the time I
was tested, J’s sister who went into the nursing home at 64 was tested. She too,
was found to have HDLS/ALSP.

I called Florida Mayo to make an appointment with Dr. Wszolek. I don’t
recall all the details but with some effort I was able to make the trip to Florida
Mayo as part of a research project in June of 2021.

Expect the following when you go through an assessment to determine if
you have the disease. Blood is drawn, urine is taken (I was handed a jug to fill
over a 24 hour period), a spinal puncture is done, an MRI (possibly with contrast)
and a CT scan done, a mental assessment is given by a psychiatrist (I think it
was the Montreal Dementia test), The neurologist also administered a physical
exam and spent time visiting with me.

I should mention that by the time I arrived at Mayo in June I had processed
and had come to terms with my mortality. I had made my peace with what my
future held. If anything, my belief in God had been strengthened.

It was around this time period that I reached out to the Sisters’ Hope
Foundation. Heidi, quickly responded. It helped to have support from another
family who had knowledge of the gene and the disease. Maybe, misery loves
company. Maybe it is the knowledge that others are out there learning all they
can about a disease so that they too can be part of the process in the finding of a
treatment. Regardless of the motivation, it was a comfort to communicate with
someone whose family knew intimately the same disease.

The results of the tests came back as a surprise to me and my husband.
They were, I think, also a surprise to Dr. Wszolek. Dr. Wszolek informed me that I
was only the second person he knew of that had the gene, but not the disease.

There was no sign in my brain of the disease.

November 2021 cousin J died at the age of 72. His obituary stated that he
died of a genetic disease.

In January of this year, I returned to Florida Mayo as part of another
research project. It is a two year natural history study. Once again the test results
were good. Dr. Wszolek and his colleague, Dr. Tipton, both stated that I may
never develop the disease. At this point I am referred to as an asymptomatic
carrier of the CSF1R gene.

My brother is now also part of the natural history study of CSF1R gene and
HDLS/ALSP. My brother still is able to live on his own. He has family and friends
nearby that assist him as needed. One of the advantages of living in a tight knit rural
community.

My brother and I both believe that doing something is better than doing
nothing. Perhaps through us, more can be learned as to how this genetic disease
can be treated. My brother and I both have adult children. My brother also has
grandchildren. We have a reason to assist where we can to further the research
and development of a successful treatment of ALSP.

Prior to my examination at Mayo, I presumed my life with the CSF1R gene
meant that I soon would become mentally and physically incapacitated with a life
expectancy of approximately seven years.

I have the gene, but apparently not the disease. I am considered an
asymptomatic carrier which is not typical for someone of my age (63). Dr.
Wszolek finds my disease resistant state an intriguing puzzle. What has
protected me from developing the disease?

My son posed an interesting question, could there be others out there with
the gene who haven’t been tested to learn if they have the gene? If my brother
hadn’t been found to have the disease, I would not have taken the genetic test.
Maybe, it means others are out there living with the gene, and who may never
develop the disease.

I know firsthand that when you or your family member is found to have
the CSF1R mutated gene and/or ALSP that there will be despair.
I have a few words of hope for those who are new to the mutated CSF1R
gene and ALSP/HDLS. This is a fairly new disease where research and
treatment is concerned. What is amazing is that there is research into this
seemingly rare disease. That alone is hopeful. Do not lose faith that a treatment
will be developed. If the present treatment/s that are currently in various stages
of development are successful, then the future of those with the CSF1R gene,
and the disease, adult-onset leukoencephalopathy with axonal spheroids and
pigmented glia (ALSP) suddenly becomes so much brighter. Vigil Neuroscience
is one such company that is actively involved with the research and development
of a treatment for ALSP.

I have been reminded that tomorrow is not promised to any of us. Take
each day as a gift. Live your life fully while you are able.