Listen To Our Podcasts:

Story Behind Her Success Podcast

April 15, 2021: President & Founder, Heidi Edwards talks with Candy O’Terry at “The Story Behind her Success”

The geneticist said: you are negative for the mutation and my husband and I just collapsed into each other’s arms. -Heidi Edwards

Imagine what it would be like if your family genetics harbored a deadly disease that began with symptoms like slowed movements, poor balance, memory impairment, speech changes, personality changes and then, dementia. Now imagine that 50% of your relative’s genetic pool might contain this rare mutation for which there is no cure. That is exactly what happened to Heidi Edward’s family. Hereditary diffuse leukoencephalopathy with spheroids or HDLS, now known as Adult-onset leukoencephalopathy with axonal spheroids and pigmented glia or ALSP was not an easy disease to research because it is so rare. It took medical scientists 13 years to properly identify the genetic mutation that existed in her family and by then, 4 of her closest relatives had. Says Heidi “we were walking on egg shells because we have such a large family and we wondered who would get the disease next. Heidi decided to be tested to see if she had the mutation and was relieved when geneticists told her she was negative. Today, her twin sister is in the end stages of the disease. As President and Founder of Sisters’ Hope Foundation http://www.sistershopefoundation.org, Heidi is more determined than ever to raise awareness, education and support, not just for her family but for other families who have suffered quietly for so long. “I’ve been chosen to carry on this mission says Heidi. I’m the only sibling without the disease and I have to keep pushing forward.” 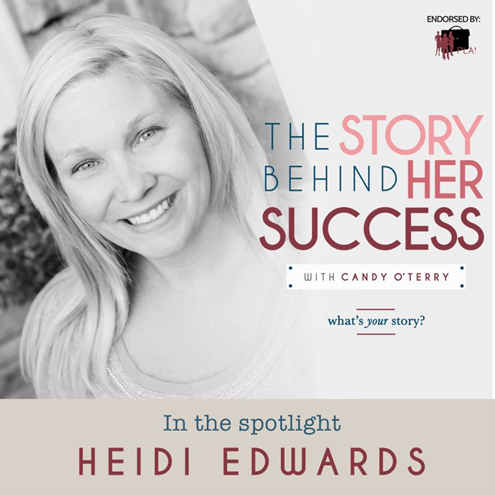 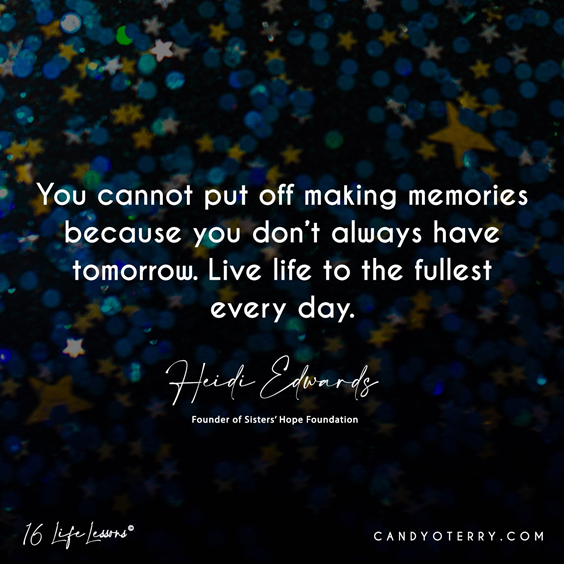 Once Upon a Gene Podcast 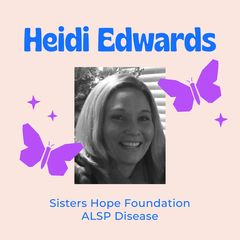