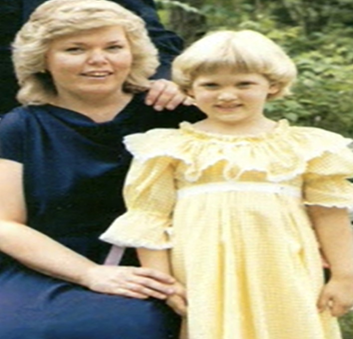 The Decision of My Life. To Test or Not to Test.

When you have a rare genetic disease in your family that is hereditary, without any effective treatment or cure, and is fatal; one of your ongoing personal dilemmas is deciding to get tested to see if you carry the gene for that disease, regardless of becoming symptomatic in the future. This is my predicament with a very rare disease that I knew nothing about until it began to affect members of my family, including my mother. The illness is called adult-onset leukoencephalopathy with axonal spheroids and pigmented glia (ALSP) and what I know through my family’s experience is that it is a neurological condition characterized by changes to certain areas of the brain. The cause of this condition is mutations in the colony-stimulating factor 1 receptor (CSF1R) gene.

My mother was the first member of our family to be diagnosed with ALSP and to die from the disease; with her sister and brother both being diagnosed and dying from the illness after her. I also have two cousins who tested positive, became symptomatic, and lost their lives to ALSP. With this kind of personal health background, you would think that getting tested to see if I carry the gene mutation would be a simple choice, especially since it only requires a simple cheek swab. Before researchers identified the underlying genetic cause of ALSP, a brain biopsy was the standard way to gather the necessary information that would confirm a diagnosis – a much more unpleasant option than a simple swab of the cheek. However, for me it’s the emotional journey that I am most concerned about.

I have a lot of emotions around getting tested. I am also a worry wart and those who know me will testify to this truth. Knowing that there is no cure or treatment for ALSP, I felt that it is better to live my life to the fullest as it is now and not get tested. Knowing and seeing how it impacted my mother and other family members, if I tested positive, I would think that every ache, pain, or twinge could be the start of ALSP, and I think it is better to live my life not knowing.

As I said, my mother was the first in our family to get diagnosed with ALSP, although at that time nobody knew anything about the disease or what it could mean to our family. My mother was a strong, independent women and mother who was a great example of how I could be the best that I could be. Without any warning I began to see changes in her behavior and her health was literally deteriorating before my eyes. It crushed me to see what was happening to her and she became unrecognizable. At first, her speech became slurred to the point of having great difficulty verbalizing. It was like she had cotton mouth. She mentioned it being the result of a new medication her doctor prescribed. My mother was in her early 50’s and in good health, and nothing else seemed out of sorts so we chalked it up to getting used to a new medication and life moved on.

One of the areas in which my mother took great pride was her ability to provide financially for her family. As the breadwinner she paid for everything and did a great job of keeping her finances straight, ensuring that all bills got paid on time – until she couldn’t, and they didn’t.  This was totally out of character for her and another cause for concern. The final thing that made us all think that there was something seriously wrong with my mother was how her appearance began to decline. She was a professional salesperson and always meticulous in how she presented herself. That changed in a big way as she began to look disheveled and certainly not the woman who I grew up with. All three of these changes happened fairly close to one another and it left me feeling like she was spiraling downwards; again, for no understandable reason.

Because I was totally in the dark I began to turn to others for help and direction. Plus, my mother was the first in her family to go through this and I didn’t have the benefit of an accurate diagnosis or understanding of the disease and its progression. What I did know was she had become a person I didn’t recognize and no longer behaving like my mother anymore.

After a brief stay with relatives – all of whom confirmed that something was wrong with my mother – and a subsequent diagnosis of depression by her family doctor, the family decided that the best approach would be to admit her into a nursing home. We still knew nothing about her condition and understood that the nursing home was not a permanent solution. I often think about what could have been if I had said something sooner when she initially had speaking difficulties, but realize that even if I had, nobody knew what was wrong with her.  Admitting my mother into a nursing home was the most difficult thing I had ever done. She remained there for a little over a year until she passed away from an unknown disease.

In the years following my mother’s death, our family also lived through the deaths of my Aunt Phyllis and Uncle Chuck. During this time, we began to look for more resources who could provide us answers to this mysterious disease that was beginning to connect our family. The death of my mother prompted us to donate her brain tissue to researchers at the University of Pennsylvania and eventually the brain tissue of her siblings. After a couple of misdiagnoses, it was confirmed that all three had lived with and died from ALSP. All three siblings had the same medical condition, and it was determined that ALSP is hereditary. A fact that was substantiated when my cousins Heather and Holly also succumbed to ALSP.

The history that ALSP has had on my family has taken its toll, not only in the number of loved ones we lost, but also those like myself who are left behind and must learn to live in the wake of this unforgiving disease. I had many questions and so few answers all wrapped up inside an emotional weight I had never experienced before. I was left trying to work through my grief, anger, and sadness and the possibility that at some point I may also be diagnosed, become symptomatic and die from it. I know it has impacted how I feel about getting tested and potentially learning that, I am positive. As I considered this important step, my instinct was to think, unless there is a cure, I didn’t want to know. I didn’t want to go to sleep at night and wake up with the symptoms starting. I didn’t want to go about my normal life of work, play and family and notice something innocent taking place like a brief stutter or a mispronunciation of a word and imagine that I have ALSP. These things happen periodically to most people, and I cannot imagine experiencing these and thinking that my time with ALSP is now here. That would make me crazy.

Of course, the difference between now and 20 years ago when my mother was ill is that the research landscape has changed with new clinical information becoming available in the coming years, and so my thinking has softened somewhat about the possibility of being tested. I am still mostly confident that I do not have the disease as I am at the age where my cousins who had ALSP began to present those symptoms and I have not. Knowing that there is a clinical trial studying ALSP and that it may result in a possible treatment for patients makes me hopeful in case I do have the disease. These new developments make me consider testing more strongly than I had in the past and possibly joining this clinical trial. In fact, through the support of my cousin who lost her twin sister to ALSP and is now heavily involved in the ALSP community with her non-profit, Sisters’ Hope Foundation (www.sistershopefoundation.org), I have actually begun the process of getting tested. I have control of this process and can decide at any time to stop the testing and not receive the final test results. If I go through with this and actually do test positive, I may enroll in the clinical trial.

For now, I am still on the fence and haven’t made a final decision. I remain hopeful and optimistic that the new research will provide ALSP patients with a treatment option that can improve the disease outcome and patient quality of life. At the same time, I am still scared of dying and know that if I test positive that is a distinct possibility, which is what keeps me from taking that all important step forward. 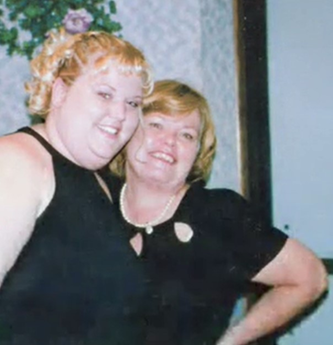