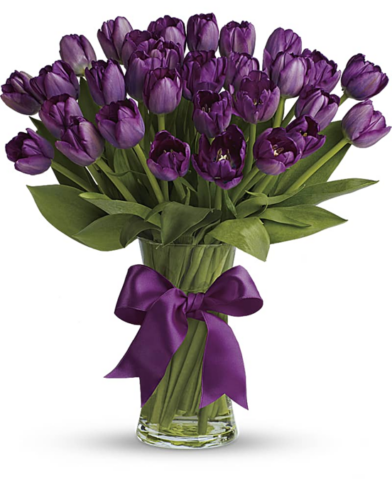 For more than 30 years I practiced medicine as a general practice physician. During this time, I met with and cared for patients of all ages and genders, and came across illnesses from the common cold to those for which my training was not sufficient; and in which case I would refer those individuals to an appropriate specialist who was better equipped to handle these complex medical issues. Caring for patients is at the core of any physician’s work and it comes in all manners of involvement. I not only thought of myself as a medical practitioner, but also a caregiver. But it was a professional designation and not until recently did it become more personal in nature.

In her early-40s my daughter received a diagnosis that would change not only her life, but the lives of her entire family. Before we received the diagnosis, I had noticed certain changes in her personal behavior and physical abilities that were out of the norm from how she typically behaved. As a career lawyer, she had a great command of language and spoke with authority and confidence. But that all changed and I began to notice that her mood was flat and her ability to make spontaneous conversation was limited. Our prior two-way conversations where we shared ideas and opinions, were now clearly and mostly one-way with me doing most of the talking and my daughter only responding in shorter sentences. She wasn’t smiling very much and rarely initiating conversation. She had always been a vibrant and physically active woman and her strong gait was a shadow of what it had been before the onset of these changes. Her stride was replaced by a slower, shuffling gait and she also was exhibiting a fine tremor in her hands. I was not the only one in the family noticing her changes. Her husband and her two siblings were also observing them and wondering what was happening to their wife and sister.

When my daughter’s symptoms first started, she had recently given birth and her husband and I initially wondered if this might be some type of postpartum abnormality, perhaps depression or sleep deprivation with a young baby. It was wishful thinking on our part, given the particular family history. My daughter’s father and grandfather both had been diagnosed with adult-onset leukoencephalopathy with axonal spheroids or ALSP in the past. Both men were older when their symptoms began in their lives but they exhibited similar physical and cognitive characteristics. My daughter was younger and we came to understand that ALSP impacts most women at a younger age. My medical training had given me some insight into what I thought was taking place as some type of dementia or neurological impairment, but because there is so little information about this disease it was difficult to receive any accurate, medical acknowledgement of ALSP. It was then that I began to dig into the available scientific papers and other patient resources to learn about the condition and anyone who might help our family. And one great resource emerged that has become incredibly valuable to me on this journey.

Given its classification as an ultrarare disease, it’s no surprise that there are few resources available to patients and family caregivers.  I learned about Sisters’ Hope Foundation that was founded and led by Heidi Edwards who is also an ALSP caregiver and has an incredible ALSP story of her own. Through her experience with this condition and the challenges she faced years ago when supporting family members who were diagnosed, Heidi felt compelled to create a Foundation that was dedicated to her sisters Heather and Holly who succumbed to ALSP. It was her goal that the Foundation would also serve as a place for patients and families to share stories, information and experiences. One of the difficulties many of us experience who are trying to support family members impacted by ALSP is that we feel a sense of isolation in this effort to gather information and identify appropriate resources to help with patient care.

Heidi was both generous and informative, and straight away introduced me to an individual working at a biopharmaceutical company in Boston, Vigil Neuroscience, that was involved in early-stage ALSP research. This person was the liaison between the company, patients and caregivers like myself. The result of this introduction was meeting one of the premier researchers in the ALSP, Dr. Zbigniew Wszolek, who is a neurologist and researcher at the Mayo Clinic in Florida. Dr. Wszolek and I spoke about his research, which included a natural history study in which he was currently involved as well as his work in stem cell transplant. Dr. Wszolek also shared a scientific paper that I found to be of great interest that detailed research around an existing therapeutic and its potential in treating ALSP. They say that information is king and after meeting these three extraordinary individuals I felt I had a better understanding of ALSP and how to better care for my daughter.

In a very short time I had gone from feeling very much alone in my quest to help my daughter to a place of hope and knowing that there are others who share in my commitment to understanding ALSP so we can help family members who live with this unspeakable diagnosis.

My daughter continues the struggle with ALSP as the disease progresses. Amidst the struggles there are also lessons. Through research, I continue to learn more about ALSP and through education and awareness, can better manage the questions and stresses of caregiving. As patient and caregiver resources become more plentiful and information is shared, there is great benefit.  There is also HOPE.